Cover Reveal: We All Fall Down - Stories of Plague and Resilience 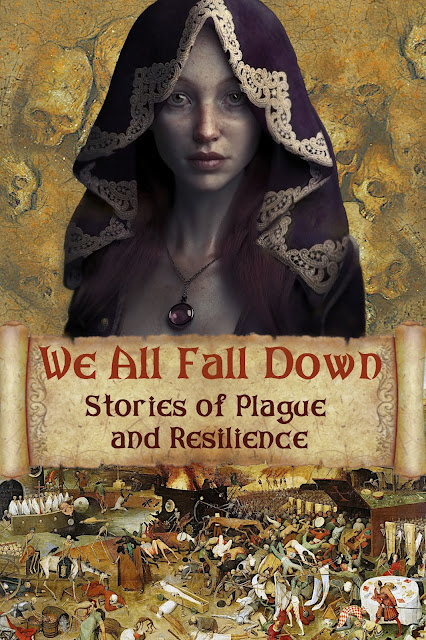 In this anthology, USA Today, international bestselling, and award-winning authors imagine a world where anyone—rich, poor, young, old—might be well in the morning and dead by sundown.

Readers will follow in the footsteps of those who fought to rebuild shattered lives as the plague left desolation in its wake.

* The Black Death leaves an uncertain legacy to Dante’s son—

* In Venice, the artist Titian agonizes over a death in obscurity—

* And when death rules in Ottoman-occupied Greece, a Turk decides his own fate.

Nine tales bound together by humanity’s fortitude in the face of despair: a powerful collection of stories for our own time.

In dark and deadly times, love and courage shine bright.