Thank you for seven great years

Today I looked at the newly revised ebook reports in Amazon KDP, to check out the enhancements made, including lifetime sales history. Since February 2010, I've sold over 45,000 ebooks. At first, the number didn't impact me so much; I know of authors who've achieved that amount in much shorter spans of time, including sales per month. Much of my sales as expected are generated by the first book in the Sultana series. Six years since its debut, that novel still does far better than all the others before or after it. If I died tomorrow, that fact alone would be enough because the series has been a part of my life for more than twenty years. The fulfillment of a dream.

So how do I feel 45,000 ebooks later? Grateful. When I consider every difficulty that's gone into my novels. The years of tireless research chasing down the smallest details and the most elusive facts, while struggling to find an agent who would help me traditionally publish. Finding agents, losing agents. Being told the books I wrote were too niche to ever sell more than 100 copies at most. Ha! Bad reviews that made me want to curl up under the covers and never write again. The slings and shots of a few historical fiction authors I once admired who believed that because I was self-published, my work didn't deserve any recognition. Add to that, the never-ending bid for an audience who would appreciate the novels. My promotions of the work are minimal, almost non-existent; I would rather just write and publish. But who can buy a book if the author won't let them know it exists?

Contrasting all those difficulties have been the joys and small victories that come with a writer's life. What do I look forward to most? Emails from readers. Each one still gives me a thrill. The offer of my first translation deal, something that once seemed elusive as a self-published author. The times I've spoken about the books or read to an audience at conferences, libraries, and universities. The connections I've made with fellow writers in the historical fiction community, especially those whose work is so stirring, I know I'll never write anything half as good as they have. The majority of whom are incredibly supportive and share my love of the past. The backing of others outside that group, especially my mom and other loved ones, including a trusted editor and a talented cover artist.

For every person among the naysayers who pushed me to strive for better and every supporter who has encouraged my writing, I have the same two words in reply: 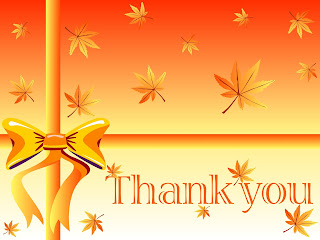 Farewell to the Sultana series 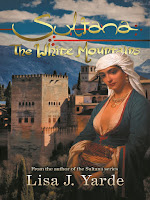 It's been six years of hard work and challenges, but at last, the end of the Sultana series is on the horizon. Sultana: The White Mountains - book #6 is the story of Moraima, the young queen of Granada and her husband, Muhammad XI, also known as Boabdil in the medieval Castilian sources. Here's the blurb:

"In fifteenth-century Moorish Spain, Moraima, wife of the last Sultan of Granada faces an uncertain future.

Her husband’s realm endures terrible odds in battles against dangerous foes. The united Catholic monarchs gain ground steadily, encroaching upon Granada, while rivalries fracture the Moorish kingdom from within. How can Moraima ensure the survival of her family, shattered by warfare and betrayal?"

And the book trailer:


And in celebration of this final novel and the creation of an omnibus edition of the series, all e-book versions of the novels are discounted to $1.99 (a savings of 50% off the regular price of $3.99 at all online retailers). Except for the first book in the series, which is FREE. With every purchase, there's a bonus. Click here for more.
at June 12, 2017 No comments: