In defense of Wikipedia 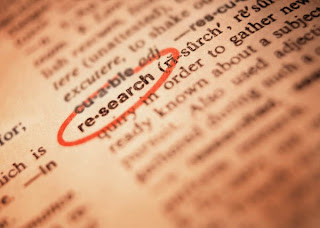 Wikipedia, that much-maligned, online, would-be fount of information has gotten a bad rap from the start. In 2005, author Nicholas Carr critiqued entries on Bill Gates and Jane Fonda as garbage. Even the online encyclopedia's co-founder Jimmy Wales admitted that it has some serious problems with its quality. Part of the problem with Wikipedia as a resource of information stems from what many would-be Wikepedia editors like about it: anyone can edit an article. Last year in an online historical discussion group, the consensus was: stay far away from Wikipedia if you want a real research source.

I'd be with the rest who say don't use it as a resource...if I wasn't a Wikipendian. A Wikipedian is someone who participates in the various Wikipedia-related projects to any extent. My favorite Wikipedia project revolves around the entries about the Nasrid Dynasty.

In the seventeen years of research and writing I did for my Sultana manuscripts, I amassed an incredible amount of information from different sources about my main characters, their rivals and descendants. When I started, the amount of misinformation or the lack of information frustrated me. I had a difficult time accessing materials that were available because they (a) remained under lock and key, untranslated in some far-off mysterious library archive, or (b) existed in some lofty academic research journal that I would have to jump through hoops and obstacles to get. It was easier to sift through the minimal sources I found online to get started and where I found book references that I could buy on Barnes & Noble or Amazon.com, I was in research heaven. Unfortunately, much of any online information about the Nasrid Dynasty is still outdated, with incorrect spellings and dates, bolstered by myths and legends, mixed up in Western fantasies about Orientalism, and just plain and simple, wrong.

Since 2007, I've been working on a Wikipedia project to provide accurate information about the monarchs of the Nasrid Dynasty. I started with simple updates about the lives of the sultans who ruled from 1232 until 1492. Then I started adding entries for the rulers where none previously existed. There are other Wikipedian editors doing the same thing right along with me. It seems we're all operating from the same perspective; making information about a fascinating period of Spanish history, readily accessible to the public.

It is in that goal that Wikipedia needs to be evaluated. Sure, there are scores of people who post information in Wiki articles that are complete fabrications. But some who participate in the project give of their valuable time, share their resources and expand the knowledge base for no other reason than to enrich our understanding. In my editing, I always try to cite corroborating sources, so if there's ever a question about the facts, anyone can go directly to the research materials I've indicated. It's my hope that the articles will become a resource for others who are interested in Nasrid history. I'm happy to play my small part as a Wikipedian.
at January 28, 2009 4 comments:

The Joy of Reading 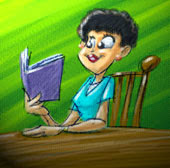 Yesterday, on one of the most amazing, auspicious days in American inaugural history, I took a break from the writing and critiquing I should have been doing, and continued to read a new favorite of mine, David McCullough's John Adams. This book is huge and from the bland blue cover looks like it could be one of the driest pieces of history ever put into print. But it's far from being that.

McCullough's Adams is a vibrant, learned man, standing on the precipice of history, wondering in which direction his country will go but willing to make sacrifices to lead it in that direction. Much like the new US President Obama. McCullogh takes you from pre-Revolutionary New England and the tiny town of Braintree, to the gardens of Paris with an expressive style that any historical fiction author would envy. Or at least this one does.

The Founding Fathers of America have always fascinated me; my favorite is Thomas Jefferson, as much for his convictions as the contradictions of his life. But what is so amazing about this nation's first leaders is how well-read they were, Adams especially. He enjoyed the works of the Roman statesman Cicero and loved to read Greek classics in the original. Not to be outdone, his wife Abigail (can't forget the Founding Mothers) often quoted poetry to him in their wonderful exchange of letters, from memory alone. Adams was a prolific writer, whether in his journal, his communications to family and friends, or in his political statements. He draws on principles of law but also relies on a good dose of common sense to make his arguments.

Between various writing commitments, I can easily get bogged down. But it's nice to be reminded of what drew me into writing historical fiction; the joy of reading.
at January 21, 2009 No comments:

Email ThisBlogThis!Share to TwitterShare to FacebookShare to Pinterest
Labels: Reading

The Rule of Love 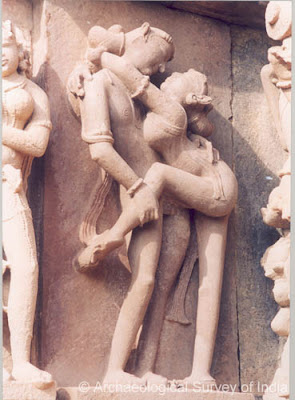 One of two writing projects that I'm hard at work on is The Rule of Love, a fictional account of the origins of the Kama Sutra. My protagonist, Vātsyāyana, learns lessons of love and life in a brothel run by his aunt Chandi and spars with Chandi's servant, the outspoken Sarama about the meaning of those lessons. The women play central roles in the story and in teaching Vātsyāyana, they also learn about the human heart and condition. Each day of writing, I enjoy this story more and more. But I've got to say, it's a pain in the @$$ to research!

If there's one thing I do enjoy as much as writing a historical, it's researching it. That enjoyment is amplified when the research materials are easily accessible. But when your setting is fifth century India and very little is known about your protagonist's life, and you don't live in India with access to materials or the sites featured in your work, especially an India now heavily influenced by the colonials' puritanical beliefs, then research can be a real !@#$%^&*.

What is known about the Kama Sutra's author is that Vātsyāyana lived during the period of the Gupta Empire, a Golden Age of Indian culture from the fourth to sixth centuries AD. It's believed he came from the Brahmin or highest caste in India, the scholarly and priestly caste. And that's about as far as the history goes. There's some speculation about his time in brothels among prostitutes, as per Alain Danielou's commentary on the Kama Sutra, where Vātsyāyana supposedly experienced or practiced some of what's detailed in the section on courtesans. So what am I expected to do in fleshing out the history of a man for whom history has so few details? A lot of extrapolation from other sources and a helluva lot of chasing after every detail I found, that's what.

I spent several weeks last year getting my hands on every book ever published on the Gupta Empire and still remaining in print. That's less than ten. But each offered wonderful kernels of information. While there are few details about my protagonist, there's much more about the time he lived. The Gupta Empire spanned the north of India (close the modern border with Pakistan) for at least two centuries. The court moved between two principal cities, Ujjain, and Pataliputra on the Ganges River, one of India's seven sacred rivers. Very little of Gupta society survives, as they built mainly with wood, except for their art, especially metalwork. A lot of that art is erotic, many involving the depiction of scenes similar to the sexual positions of the Kama Sutra. One of the finest examples of Indian erotic art remains at the Khajuraho Temple, and scenes cover the walls of the temple similar to the one above. Trust me, that sculpture is pretty mild compared to the others showing humans, gods and animals having sex. But neither Khajuraho Temple or the Kama Sutra are about titillation; before the colonial period and influence of the West, there were less hangups about sex and representations of beautiful, naked bodies enjoying it.

I'm currently submitting the first draft of Rule of Love to one of two critique groups. At first, I was very nervous, as I assumed I'd be labeled a pervert. There have been strong reactions from my fellow writers, some negative, some in support. But I couldn't expect to write about the origins of what most people think is only a sex manual, and get mild reactions. The project is also daunting for me as I'm not the first to write a fictional account of Vātsyāyana. I deliberately did not read the Ascetic of Desire, by Sudhir Kakar which appeared in 2000, because I didn't want to be influenced in any way by a critically acclaimed work. That's called plagiarism, boys and girls, and it can sneak in when you're consulting a variety of sources, if you aren't careful to note where you got the information. I did, however read a review and it's interesting that Kakar and I both set our stories in brothels, and the aunt of our mutual protagonist, is named Chandrika in his story but Chandi in mine.

As this is a first draft, I don't know exactly where my writing of Rule of Love will take me, but I hope to convey an accurate sense of the life and times of a man whose work has endured the ages. Wish me luck.
at January 09, 2009 1 comment: