Is it a Business If You Don't Make Money? 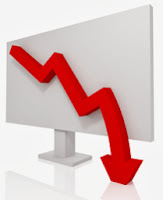 Tax time has rolled around, and for the second year in a row, I owe money. Just great. As if watching all my hard-earned cash go to bills, in particular that @#$% student loan, rent and writing expenses last year weren't enough. But, hang on there; what about those writing expenses?

It's taken me years to learn what several writers have already figured out; if you're almost neurotic about keeping receipts for your writing expenses, you can claim the items and services as tax deductions. So, that writing conference I took last year? So noted on my 1040. As was my payment to the freelance editor, and the yearly cost of my website hosting. Keeping my fingers crossed that I filled everything out correctly on Schedule C, otherwise I'm sure some nice, friendly person at the IRS will tell me. (cringing)

Yet, part of me still wonders, can I legitimately call my writing a business if it hasn't made me lots of money? The IRS says I can, which is great. The fact that I take it seriously, and have committed myself to querying, conference attendances and networking says this is far from a hobby. But it certainly hasn't been a lucrative business. Thank God I'm not in it for the money. Although a little of that coming into my pockets rather than out of my bank account would be nice.
at April 15, 2010 2 comments:

Email ThisBlogThis!Share to TwitterShare to FacebookShare to Pinterest
Labels: deductions for writers, Taxes

It’s been hard to concentrate on my writing, when so many thoughts that have little to do with the actual writing have been running around my head. Is it time to chuck the manuscript(s) and start fresh? Or, do I self-publish, and if I do, how do I avoid a colossal failure? Should I go back to school and get the MFA my heart says I should? If so, why can't my overworked, tired brain figure out an easy way to make that extra schooling affordable?

Turns out, the decision regarding school is actually easier than anything else - if I can't afford it, I'm not going. Why might I think I can't afford it? One example is the open house at the New School, which I attended in February. Great programs, as are many of the others I've checked out in NYC, but the tuition? I'm still seeing stars from the five-figure quote. I've gotten lots of great advice as follow-up to my post on this topic, from friends, family and blog visitors, but at the end of the day, the tuition is a huge factor in my decision-making. Loans are no longer an option; loans shouldn't be an option for anyone unless they're planning to spend 10-30 years of their lives in misery afterward, or at least, that's my way of thinking in the post-grad world. To think if I had kids, I might still be paying back the law school loans while schooling them...scary! So, my dream of an MFA may have to become a dream deferred, at least until I can drum up the cash. Would be easier to do this if my writing were a paying gig, rather than a source of thankless, penniless frustration...hmmm.

The writing was a little more difficult. I've completed three manuscripts, and I'm currently working on my fourth and fifth. At some point in every writer's life, you start to wonder whether you really have what it takes, whether all those friends and your agent, and the nice folks in your critique groups have all been lying to you for several years, and the inescapable fact is you have not been published because you 1) cannot write well and / or 2) cannot write anything that anyone would want to buy. Or, is it just me who's facing that quandary? Anyway, all my fears and doubts have had a surprising effect; I've been easily frustrated in the past, enough to walk away from something. Still, I haven't deleted the manuscripts, burned my sources and vowed never to write again. I've decided to self-publish.

One of the blessings of having writer friends, both published and unpublished, is that each person brings a varying perspective to my quandary, and lots of love and support. Thanks, you guys, you're the best. Despite feeling overwhelmed, as though I have no clue what I'm doing (really, I'm not joking here, no clue whatsoever!), I've got friends who regularly chat with me on titles and covers, email me all the trends in self-publishing, or have volunteered to provide a blurb, or some selfless promotion. It's also a huge leap of faith to allow the market to decide whether my work is worthwhile. But that's no different from the dilemma facing every author who pursues the traditional route. And, while I don't expect to become filthy rich from self-publishing, Lord knows I don't intend to go broke either.

So, apparently, I'm not as indecisive as I thought, just takes me a little while to make up my mind.