It's finally here; the cover artwork for the next in my Moorish Spain series, entitled Sultana: The Bride Price, which will be available in the spring. 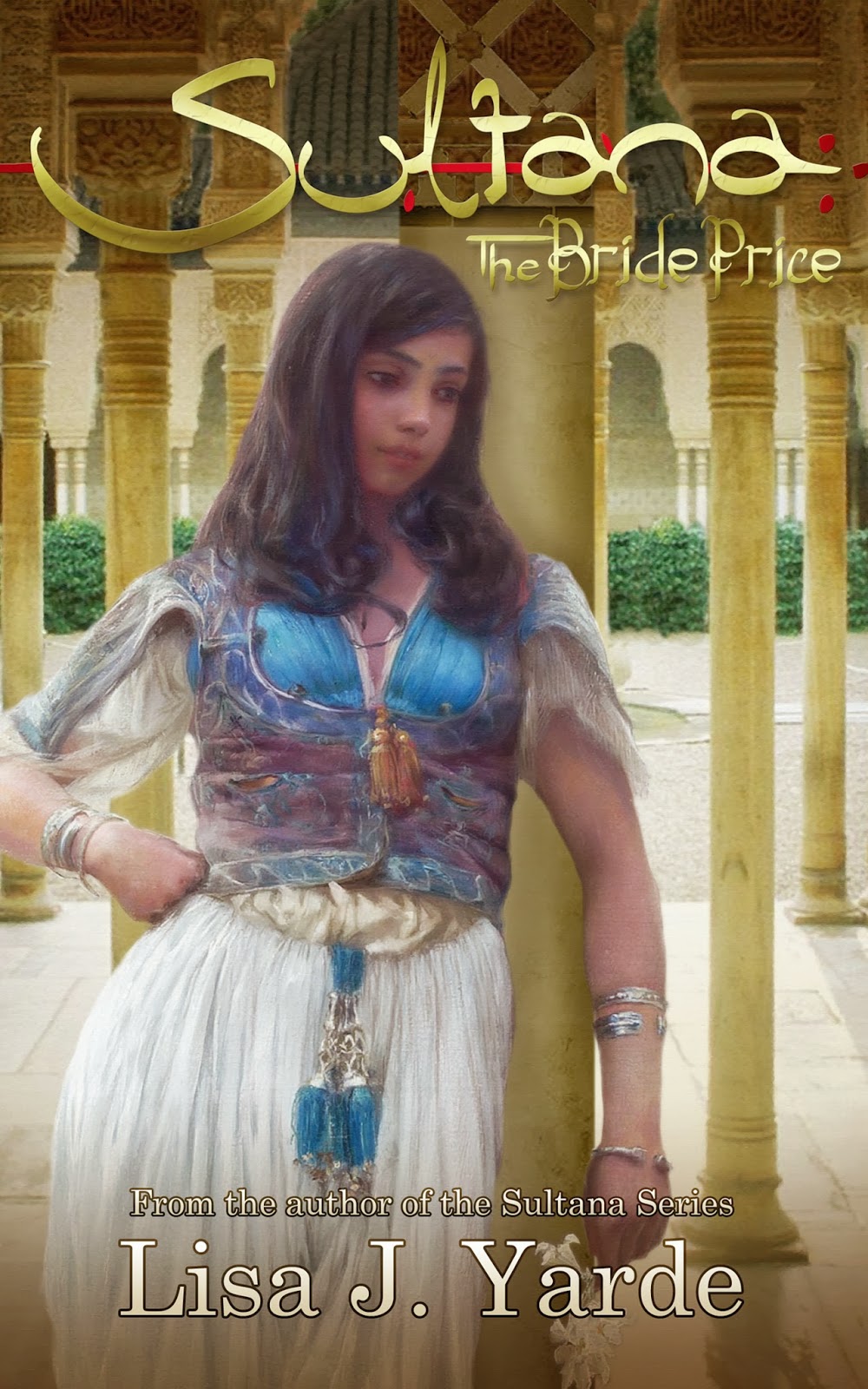 Sultana: The Bride Price is the story of Sultan Muhammad V of the Nasrid Dynasty, the only son of Yusuf I and his Christian wife Butayna, as told in Sultana: Two Sisters. The novel follows the course of history in which Muhammad V married his paternal first cousin, a woman whose name was not recorded in any of the sources, whom I have called Jazirah. As the novel opens, Jazirah is a headstrong and determined fourteen year-old; I expect any descendant of Fatima, the heroine of the first two novels would have been little different from her stalwart ancestress. Needless to say, Jazirah and her new husband don't fare very well at the start; if you've read my previous work, you know this already because you also know I don't write about historical figures with rosy, happy lives. Returning for this novel are several of the characters from Two Sisters, most importantly, Butayna and Maryam, whose continued conflicts are resolved in a dramatic way that aligns with their history. Muhammad V also has his own drama to survive within and outside of the harem's walls of Alhambra. 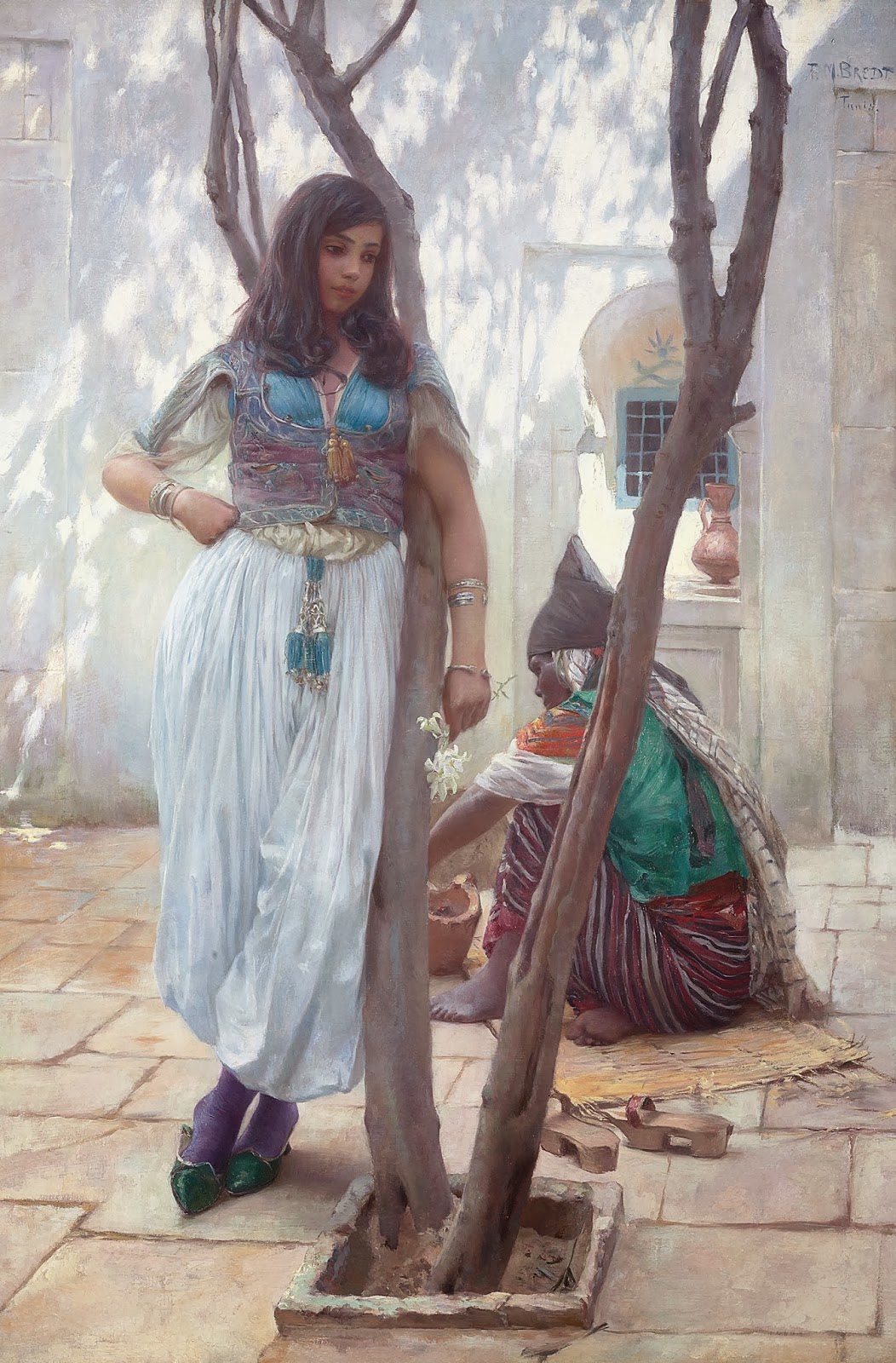 As with my other historical fiction works, the credit for this cover goes to Lance Ganey, whom I have the joy of working with for four years now. The original, public-domain artwork I sent him was Ferdinand Max Bredt's In a courtyard, Tunis (1921). The central figure drew me because she's much as I envisioned a young and beautiful teen-aged Jazirah. Lance superimposed the figure over a beautiful background of Alhambra's Court of Lions, which Muhammad V ordered construction on beginning in the early 1360's.

The ebook and paperback versions of the newest novel will be available within a short span of each other; ebook always first on all sales channels, followed by the paperback assuming all goes well with Ingram Spark. Four books down  and two more to go before I wrap up this series that has meant so much to me. I hope readers will be as excited as I am when Sultana: The Bride Price makes its debut.
at January 28, 2014 No comments: 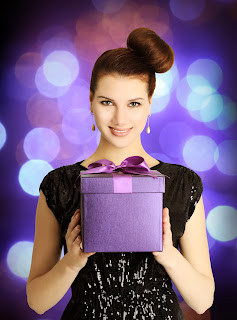 Time for the final giveaway of a $25 #Amazon gift card by email to a lucky reader of Sultana: Two Sisters, the latest in my Moorish Spain series set within Granada's Alhambra. You must be able to answer the following 3 questions to win  -  the gift card can be used for anything you may purchase from Amazon. This giveaway is open internationally. 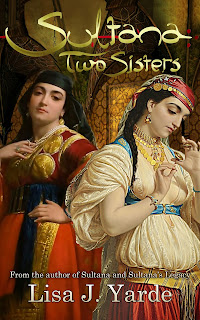 In Sultana: Two Sisters (2013), former friends face off in a deadly rivalry, each fighting for the love of one man and the right to place a son on the throne.

1. Where was the heroine Esperanza Peralta born?

A. In northern Spain, at Pamplona
B. In southern France, at Toulouse
C. In central Spain, at Talavera de la Reina

2. Esperanza and her friend Miriam each enter the Sultan's harem as slaves, but which of the women arrives there first?

3. What is the relationship of the hero of this novel to the heroine Fatima from the first two novels in the series?