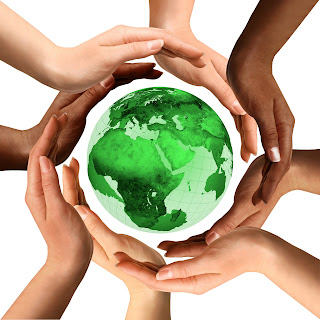 Something's been brewing for a bit that I couldn't talk about until now: I've agreed to sell the translation rights of my Moorish Spain series, Sultana and Sultana's Legacy to a Turkish publisher!

At the start of the month, a Turkish agency in Istanbul contacted me directly to verify whether the rights to publish a translation of both titles were available and indicated that there was a publisher looking to buy them.  As a writer, if you have yet to understand the importance of a visible web presence with an easy means for others to contact you, here's the proof - the agency first contacted me through my Facebook author page and later sent an email via my website's contact page. After the initial email and screams in delight over the phone with my mom, I researched the agency and contacted a few Kindleboards authors, who had also been previously approached.

Later, I replied to the agency that the rights were available and sent off PDF copies of both books. Rather than sitting around waiting for word, I continued working whole-heartedly into the next book in the series, Sultana II: Two Sisters. Of course I was happy and anxious, but hey, I also have more books to write and they certainly aren't going to write themselves while I wait on emails. Today the offer came along with broad strokes of the contract, including the advance, term, royalties, retail price and first run. More details to follow, but since my morning in New York is Istanbul's late afternoon / early evening, some communication delay is expected and reasonable. The potential appeal of the novels to a Turkish audience is grounded in the country's past, with a history of powerful women in harems and the still prevalent Muslim population,  like Moorish Spain in its heyday. As things move forward, I'll know more about when and where the books will be available. Can't wait to see the final covers, but I guess I'll have to go to Istanbul to see them on bookshelves.

All this is definitely foreign territory for me, but some contract elements are familiar, being on par with what I've heard of US contracts for authors. I hope to have the full details soon. In the meantime, I've spent some time on the publisher's website and Facebook page this morning, enough to note the great covers of their books. But mostly, my day will revolve around doing this: 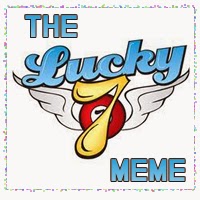 Here are the rules:1. Go to page 77 of your current ms2. Go to line 73. Copy down the next 7 lines – sentences or paragraphs – and post them as they’re written. No cheating.4. Tag 7 other authors.

Tara Chevrestt at the Book Babe blog tagged me so I'm tossing out a few lines from my current medieval, The Burning Candle...

“Who are you?” The woman clutched her rounded stomach, jutting beneath the embroidered mantle.
Isabel raised her chin a notch. “The Comtesse de Meulan, wife to Robert de Beaumont.” She waited in silent expectation for her guests to reveal their identities.
Beneath the folds of a pale blue couvrechef, the noblewoman’s face grew flushed before she groaned and bowed her head.
“Is there a wise woman in the village?” The words seemed wrenched from the depths of her.


Have to think of seven people whom I should victimize tag. Hmmm...