I'm one of many writers who finds inspiration for bringing their characters to life by imagining the modern-day personages they most resemble. While polishing the penultimate draft of Sultana: Two Sisters, I thought readers who anticipate the next novel would be curious to know how some of characterization and descriptions are derived.

First among my favorite portrayals is the character of Efrain Peralta. He is the sole remaining parent of the heroine, Esperanza. Efrain once served as personal physician to the princely household of Alfonso de la Cerda. Now disgraced and hiding a personal shame he cannot reveal to his daughter, he ventures into a new life, unaware of the peril awaiting him and his beloved child. 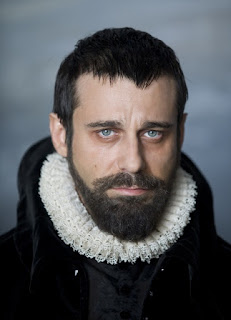 Actor Jordi Mollà Perales, whom I last saw as King Philip II of Spain in The Golden Age with Cate Blanchett, hails from Barcelona. When I imagined the character of Esperanza's father, he had to be a somber man respected and loved by his only daughter, with a hint of some secret torture hidden behind his eyes. There's something very enigmatic in Mollà's features that evokes the exact image of Efrain Peralta that I've had in mind for years. Here's how I describe the character in the first chapter of Sultana: Two Sisters.

A sinewy ragged man, Efrain Peralta stood a little above the diminutive height of his daughter. The evening glare framing him, he strode toward her. The spurs worn with his zapatos drew furrows across the soil. The dusty tips of the shoes peeked from beneath the hem of his mantle. Lines etched in his olive-brown features betrayed a year’s worth of misfortune and grave concerns of which he would not speak. The dark brown hairs atop his head had lost their luster and begun a steady retreat from his gently sloping forehead. A full beard with myriad flecks of gray almost hid the creases around his mouth. At fifty-six years old, his gnarled fingers and spindly arms coupled with the receding hairline gave him the appearance of a man burdened by age. His prideful gait, the crystalline glimmer in the depths of his eyes and a commanding tone hinted at the strength he retained.

The scenes between Esperanza and her father are brief, requiring brevity for the portrayal of a father's pride and love for his daughter. In the first chapter, Efrain must protect his child from danger in the only way he can, by imbuing her with the strength that has helped him survive personal demons up until this point. It's a mix of determination and tenderness that I hope readers will find satisfying.


Efrain grasped her arms and shook her. “This is no time for your stubbornness. You are the only child God ever granted me and I will not lose you!” He wrenched from her grasp and grabbed the reins. “Get on the horse. Ride west now, the setting sun always ahead of you. At night, you will look for the North Star on your right. Do not stop until you reach the safety of Valdepeñas, where we departed from yesterday. It belongs to the caballeros of the Order of Calatrava. The Cistercians shall protect you for my sake.”
He drew his dagger and cut the strings securing a weighted pouch to his leather belt. He shoved the purse filled with coins into her hand. “For your care and comfort.”
“You want me to ride off alone into the darkness? Papa, I can’t reach Valdepeñas!”
“You can and you will! You have spent more time with horses than I ever did, since you were four years old. I am not asking you to ride on without me. I am telling you! Get on the damned horse! I will not see your life ended by a Moor’s blade. Greater peril may lie ahead, but you will make the attempt to escape.”
That he considered failure a possibility but held hope for her against the obvious threat gave clear indication of his resolve. Still Esperanza stood catatonic. Her gaze watered.
He captured her face between his withered hands and pressed his lips to her cheeks and forehead in turn. “My most precious life. I beg of you, please go. Do not let me live my last moments knowing you did not try. Whatever happens, you must survive. If I can, I will come for you at Valdepeñas. Wait for me there.”

Look for more each month on the characters of Sultana: Two Sisters through the coming weeks.
at November 23, 2012 2 comments: 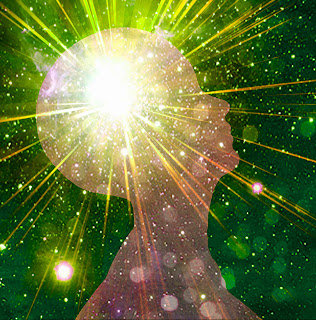 "What? I'm supposed to have a media page too? Why?"

I had a similar reaction two years, very much rooted in the moment and my circumstances. Besides, weren't media pages for authors who had made a name for themselves, not newbies like me? Back then, I had too much to do already. On Falcon's Wings had just debuted on Amazon and I didn't have a clue where to begin with promotion. Then a good friend from the critique group, author Wendy Laharnar asked me to do a guest post in her monthly newsletter and mention the book. "You mean I'm supposed to promote it by myself? Writing it wasn't hard enough?" Welcome to Publishing 101. After scrambling to write something (this half-assed approach to promotion continued for two more books), the importance of a media page finally dawned on me.

If you're wondering how to get started with a media page, especially if you have limited to no skill with websites like me, here's how you can get started. Whatever you call it - your media kit, media resources, make sure the page is clearly labeled

You need...
A good headshot, cover images (high resolution preferred), your author bio, excerpts, book trailers, if you have them, and contact information if you don't already have it listed. (You do already have this, right?) Quotable blurbs / reviews are a plus - the best ones that showcase how readers have judged your work. This is no time to be shy. You have total control over the content.

I skipped the reviews on my media resources for one reason; I'd like to obtain permission from a  few select reviewers beforehand. Here's my version - always, a work in progress.

You can host everything online...
If you can't host the images on your own site or don't know how, create a Media Fire account. One of the best sites for free cloud storage starting at 50 GB, Media Fire can host your images, documents, audio and video files. I've uploaded my headshot, general interviews on writing, and excerpts, covers and book trailers where applicable for each title. Media Fire also allows you to create specific links to your files, which you can make available for easy download. For instance, the link to my author bio opens up only the PDF version of that document, while all the covers of my titles are available for download in another folder. I can manage everything easily in through my Media Fire account, updating content as needed. 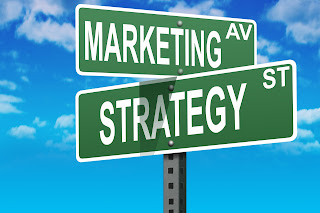 An updated media page is an important part of your marketing strategy, even in the early stages of your writing career...
Part of the reason I resisted creating a media page was the perceived lack of purpose - who would interested enough in my work to want interviews with me? What I really lacked was knowledge and an understanding of the role of bloggers in publicity. Imagine Blogger A is trying to reach you regarding promoting your latest title. When Blogger A sees you have a media page, with all the information he or she needs, you've just made everyone's life much easier because your material is available and ready to go.

Don't adopt the short-term thinking I did two years ago. Where do you want to be in your writing journey five or ten years from now? If this is more than a hobby for you, the commitment to promoting your work must rank as high as putting out the best work. Building a media page and keeping it updated allows you to maintain relevant content for the future. Just in case the media does come calling....