Writing the unknown: about Vlad Dracul and Romania in Order of the Dragon 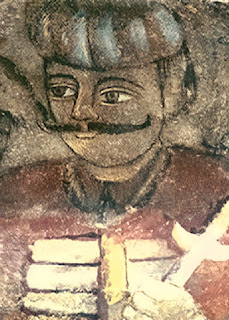 Writing about new characters is rather like meeting strangers who could become potential friends. You're not sure how the relationship will go, but you're intrigued enough to move beyond introductions. Just as writing about a new setting or period is akin to settling into a house, going from room to room, learning about the spaces. Sometimes, as with new people and places, you discover good or unfortunately unpleasant surprises. Still, other aspects remain hidden beneath the surface. With my usual enthusiasm for strange places and people, I've dived right into the abyss that is the history of Vlad II Dracul and his Romania.

If you know me and my writing, you've guessed I like elusive characters and locales, in part because I love researching about them and uncovering those hidden details. I couldn't have chosen a more enigmatic figure than Vlad II Dracul, father of the real Prince Dracula, or such a place as fifteenth-century Romania in my latest WIP, Order of the Dragon. A land mired in superstition, governed by a man who is still a mystery more than five hundred years later. A prince who had ruled over a region called Wallachia with some interruption. One who had joined a monarchical chivalric order dedicated to the protection of Christendom with fellow members who included the rulers of Naples and Aragon. But in many ways, Vlad became subservient to the Sultans of the Turks in the Ottoman Empire. How could a dedicated Christian warrior accept the dominion of Islamic rulers? 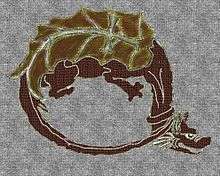 I've long imagined Vlad as a practical man, given the choices he made throughout his life. Despite his commitment to the Order of the Dragon, which counted the Holy Roman Emperor Sigismund as its founder, the political reality Vlad faced required tough decisions. He took his vows dutifully but what compelled him to cooperate with the Turks? I've spent much of my time on research also pondering the strange circumstances of his existence. Not that the research has been a straightforward process - would that have been too much to ask? One of the chief secondary sources I've relied upon for the story of Vlad's life is clearly wrong because it places Vlad in areas where logic and subsequent events dictate he could not have been. So, some mysteries about the historical figure that inspired my hero in this novel remain. To some, no doubt his actions toward the Turks would seem less than heroic. Even craven. I believe one goal drove him; the preservation of his principality at Wallachia. To ensure that future, he might have willing to pay the ultimate price. 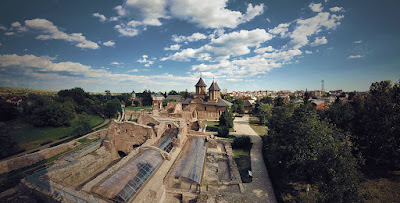 Romania in the fifteenth century required rulers willing to make difficult decisions. Bordered to the northeast by Moldova, the origin of Vlad's wife, Hungary in the west and Serbia and Bulgaria in the south, all such lands faced constant Turkish threats. By the late 1300's the Ottomans had claimed much of Bulgaria and imposed heavy taxes and in the mid-fifteenth century, the incursions of the Ottomans had wrested control over the former Serbian Empire. Both essentially existed as vassal states of the Turks. Romania remained in the path of their ambitions that extended to the seizure of Rome. The Romanians lived in three principalities; Vlad controlled Wallachia after the death of his half-brother. Yet he did so after a time by the permission of the Turks, who had imposed a yearly tribute of ten-thousand gold coins and at least five hundred boys to serve in the Jannisary corps. If I can ever find the wherewithal, I'd love to visit the Princely Court where Vlad had his power base in Wallachia, the ruins of which are in the foreground of the picture above.

The introduction of Vlad in Order of the Dragon reveals some of the troubles he faces:

Province of Targoviste, Principality of Wallachia, in the year of Our Lord 1443

“… The Sultan Murad Han, His Majesty, invites you to his court at the end of spring when your snows cease.”

Halil Pasha’s nasal tone betrayed his status as a highly-trained eunuch of the Turkish court. His unaccented, precise pronunciation of the Romanian language of Vlad’s birth, even if sprinkled with Turkic phrases, also revealed the envoy’s indigenous origins. As with so many other boys, the devils must have taken him as part of their blood-tax, the tribute of young boys Sultan Murad had first necessitated twenty years ago. How had Halil Pasha earned the appointment so soon? Such a youthful figure, unless the sallow, unblemished skin across his high cheekbones and the neatly trimmed beard belied the truth of his age.

Thin, yellow brows flared above Halil Pasha’s gray gaze as he scanned the occupants of the room before he regarded Vlad again. “You and your three sons must visit Adrianople, Voivode.”

He had used the Slavic term for ‘prince’ instead of Domnul but Vlad perceived the resultant echoes of dismay did not come from such a word choice. He sought out Cneajna’s face among the women ensconced in the wide gallery above the throne room. Mercifully, he did not find her. Had his beloved wife been there for the pronouncement of her greatest dread, she might have lost her composure. Almighty God had blessed him with a woman who would give her life for their sons. She could have during the birth of their second child. His Cneajna, born Vasilisa Maria of the House of Musat in the northeastern principality of Moldova. A princess in her own right before their union.

Seated on his wooden throne with the boyars and retainers gathered on either side of him, the black cape of the Order, which Vlad typically donned on Fridays, draped his shoulders. Those who knew best would understand the visit of a Turkish ambassador also merited the display of his allegiance to the Order. Beneath the mantle, he wore a long fur-trimmed coat of red brocade, over his laced shirt and loose trousers tucked into ankle-length boots. The boyars favored similar dress except for leather, fur-lined shoes with pointed tips, which he disdained as much as the velvet caps they favored.

He fingered an emblem suspended from a golden necklace. Inscribed on a double cross, the Latin words ‘Justus et Pius’ gleamed in the glare of the torchlight. Just and Faithful, one of the Order’s mottos, paired with the phrase, ‘O quam miscericos est Deus’ for the mercy of God. Under the cross, a medallion featured the wings of an incurved dragon, topped by a blood-red cross. The tail coiled around the fearsome figure’s neck. Its paws outstretched, with jaws opened as if to devour Christendom’s enemies.

He raised his head. “I thank the Sultan for his gracious invitation, but my eldest son has his apprenticeship for knighthood and will not be at Targoviste in the coming spring.”

“You have other children, whom my master would welcome with honor. They can play in the palace gardens with Mehmet Celebi, His Majesty’s third son. I believe the noble prince at ten-years-old is the same age as your Vlad Dracula.”

---Learn more about Vlad Dracul and late-medieval Romania when Order of the Dragon makes its debut later this year. 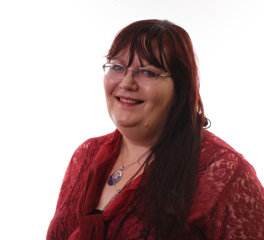